What began as a fun project and side hustle in the Central West NSW town of Orange a little over two years ago has become one of the newest spots in Albury to find a unique new drop to enjoy.

Opening just before the September 2021 lockdown in Albury CBD, The Lane Cellars in the S.M. Abikhair building on Olive Street is quietly making a name for itself. There’s something for everyone, with a surprisingly delightful mix of local beer, wine, gin and other spirits.

AlburyCBD: How did the Lane Cellars begin?

David: We started in Orange. My background is in wine marketing and production, to a certain degree, and I’ve worked for several different wineries. My business partner (Campbell Hedley) had a brewery, and we thought it was a good idea to open The Lane Cellars. Initially, we opened in Orange, and the Albury store came about two years later.

AlburyCBD: So, are you in a lane in Orange?

David: It’s sort of down an alleyway in an arcade, but the idea is you find good things in laneways – just look at all the cool laneways in Melbourne.

AlburyCBD: Tell us about your range and what you like to carry in-store.

David: We’re local-centric, with a lot of Beechworth, Rutherglen, Tumbarumba, and King Valley wineries – so all the really cool winemaking regions around here. And the breweries – Bright and Beechworth, and Corowa Distillers.

Although we are very local-centric, we have many other options as well. Where a lot of shops tend to put local stuff down the back and say, ‘Oh, that’s our local section,’ our local wines are sitting alongside Yarra Yering and Clonakilla and some of the best wines in Australia. Giaconda out of Beechworth is one of the best, if not the best, Chardonnay producers in Australia.

The beer is the same, all Australian, except Garage Project which is a New Zealand beer. It’s the exception to the rule because it’s just cool beer.

We’re small but nimble so, where some of the bigger shops have to get approval from head office, we can get seasonal things as they are ready to come in before the bigger guys can do it.

Selling singles and seasonal varietals means there is always something new to try and sets The Lane Cellars apart. They refer to themselves as a ‘discovery store’ where you can go in and have a chat about what’s in store and find something new to try over the weekend or to share with friends.

According to David, the way many Australians purchase beer and wine is changing. Instead of buying cases, many consumers are drinking less but drinking better, including some of the more iconic Australian labels that The Lane Cellars carry. This shift in consumer behaviour has provided the perfect environment for smaller bottle shops to make their mark on the industry.

AlburyCBD: Why did you choose Albury for your second store?

David: I’ve got a lot of family connections to Albury, and so does my business partner. Albury’s just right; it’s just at the end of the runway, ready to go. It’s getting these cool cafes and restaurants and bars opening, and hopefully, we’re part of that with our little bottle shop; it’s got a good feeling.

Albury’s close to Melbourne so we get the tourism and people moving out the regions from the cities. We saw a bit of a niche and jumped in. It’s a cool little shop in the old Abikhair building; there are other cool little shops around the corner, so we’re creating a bit of a destination.

AlburyCBD: What do you hope to do and achieve with the Albury location?

We have a lot of locals who know they can buy their favourites from us and still support the local makers.

What we’re doing now are events like Meet Your Maker tastings where you can come in, sample what’s current at a local brewery or winery and have a chat with the people who make it. Now that things are opening up, we plan to do these once a week on a Friday afternoon.

Being a smaller, nimble retailer also means you’ll find something new every time you stop in. While they do have a few staples like Beechworth Pale Ale and a large selection from King Valley winemakers, many of the bottles and cans on their shelves will change frequently.

Albury staff Chris and Mel are very knowledgeable and genuinely love sharing that with customers. If they don’t have something you like, all you need to do is ask, and the team will see if they can get it in. They are adding additional shelving to increase their range available in-store, and you can always order online for pick up in-store or free local delivery.

The Lane Cellars Albury at 558 Olive Street is open seven days a week. Visit their website, follow them on Instagram and sign up for their newsletter to keep up to date with new arrivals and upcoming events.

Questions and answers have been edited for length and clarity.

Produced by Rhiannon Veness in partnership with AlburyCBD 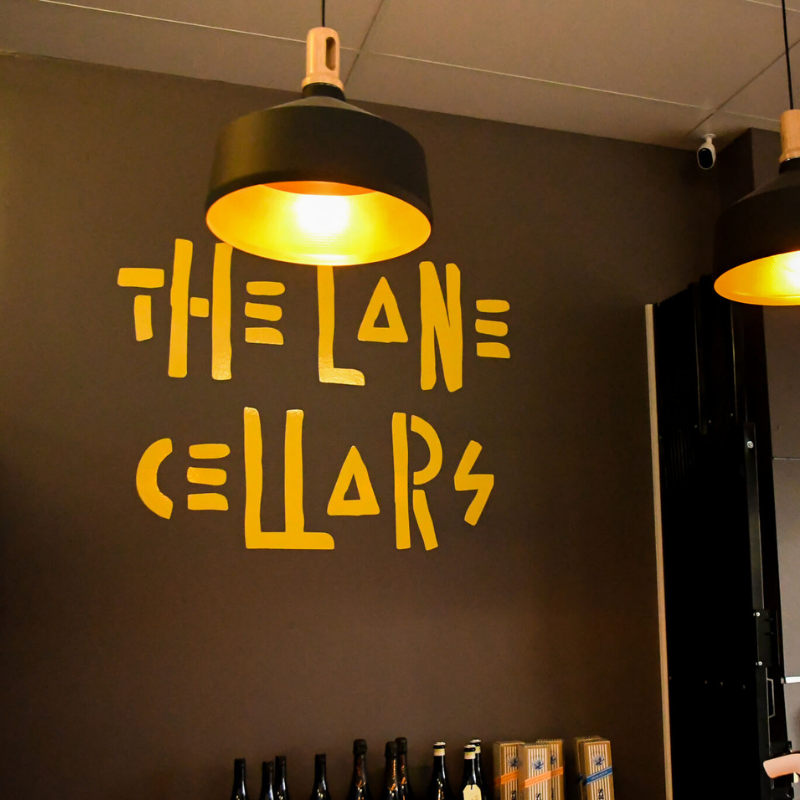 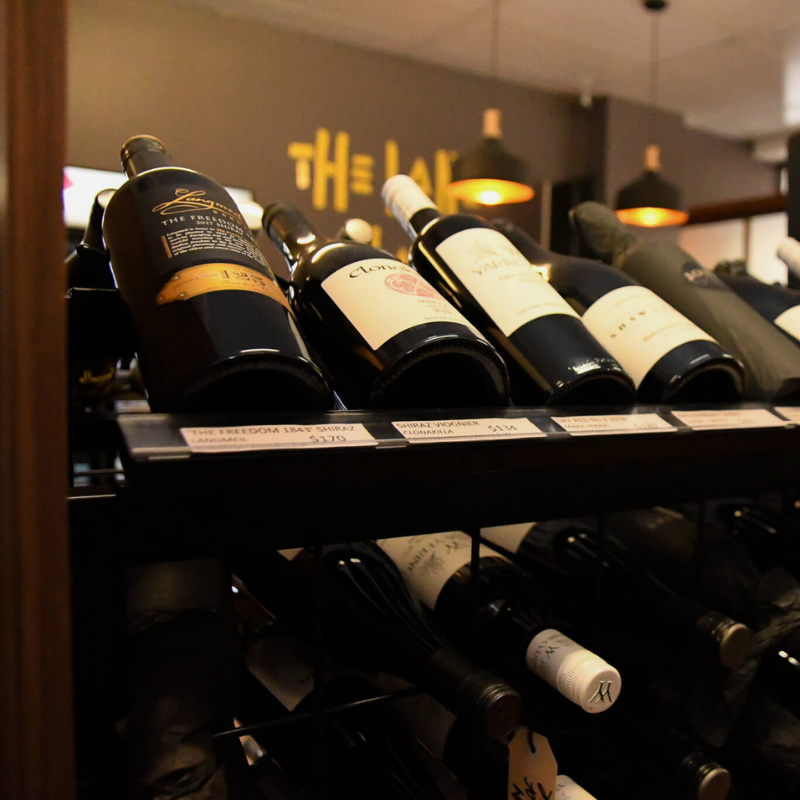 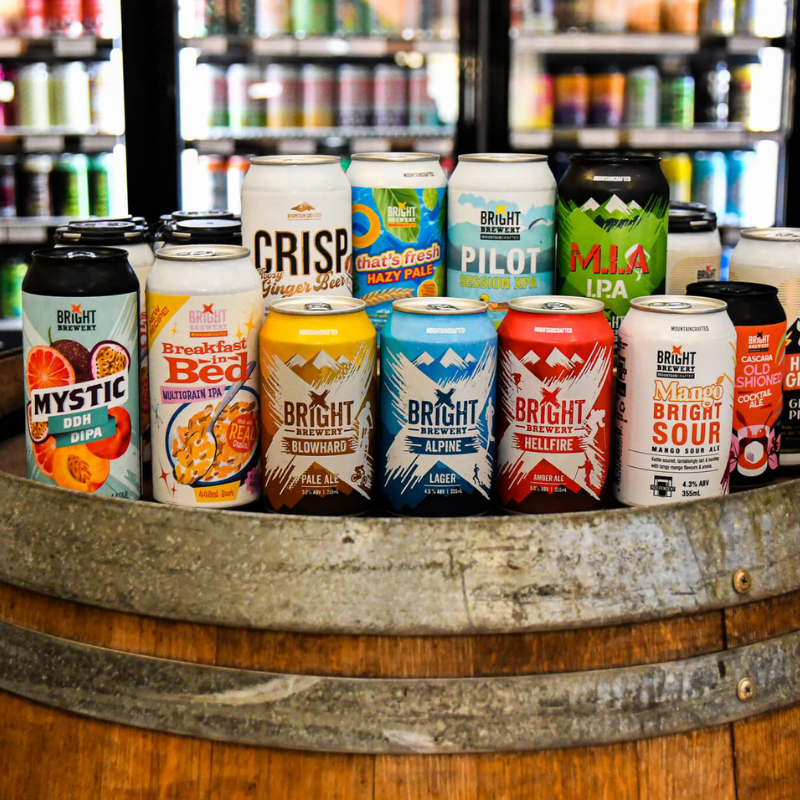 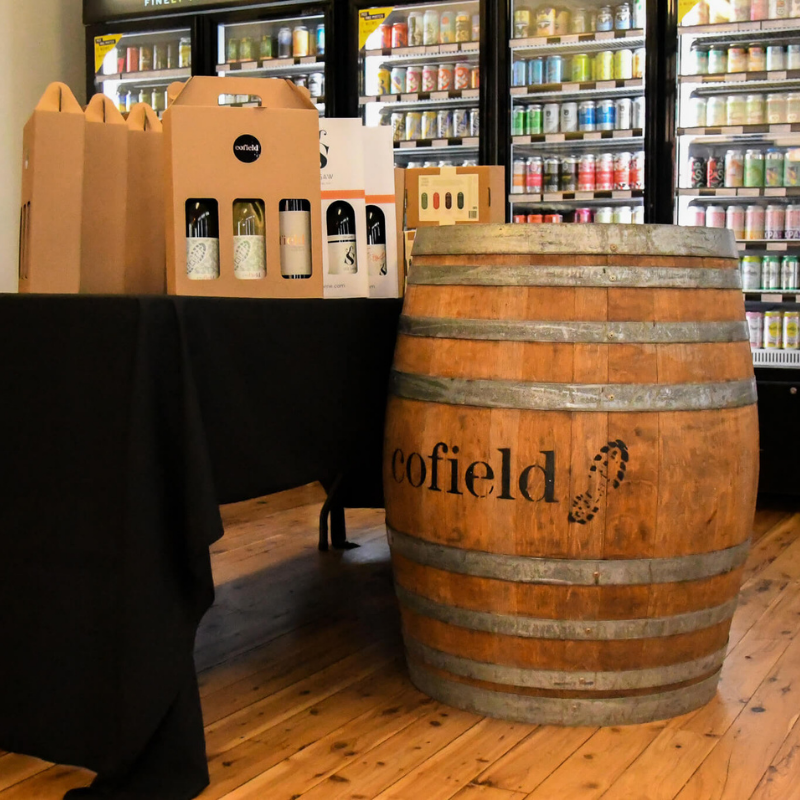 BACK TO BLOG PAGE